No wayfinding system or signage works as efficiently as personal speech to manage crowds. We have developed the C Tower so that security personnel have the best overview of what is happening and can direct visitors in a targeted manner. 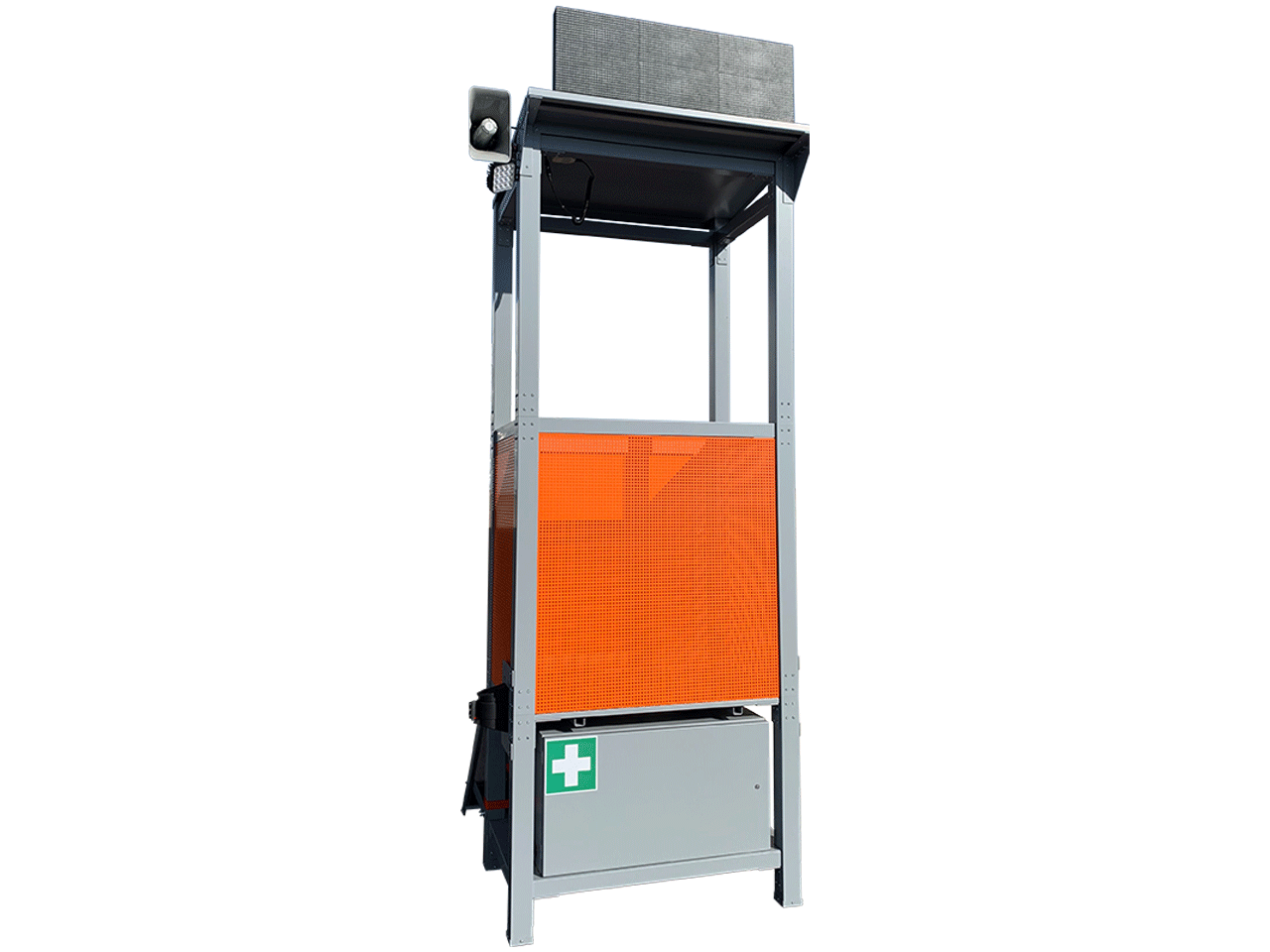 A roof and side blinds (transparent) provide protection from wind and weather.

The C-Tower can be customized in all RAL colors. Of course, logos and lettering can also be applied.

Until now, this has been done by stewards or security personnel who stand out by wearing conspicuous clothing, such as vests in signal colors, and who stand between the people.

Better Overview. At any time.

However, if the steward is located between the people, the steward has only a limited range of vision and is himself seen only by a crowd of people located immediately near the steward.

Furthermore, when following spacing rules, it is problematic if the steward is standing in the middle of a crowd and is thus passed with a large number of different people at a close distance.

We are happy to talk to you about the optimal solution for your stadium entry system.